Lockheed could not have foreseen in the 1950s that its then new military transport aircraft would continue to be in production well into the 21st century. It shows that a good design can satisfy changing requirements for a long time without the need to modify the aircraft significantly.

Lockheed Model 82 has high mounted wings with a large wingspan. Under the wings hang four turboprop engines. To enable operations from unpaved runways the Hercules has large wheels in tandem configuration. They are retracted in pods at the side of the fuselage. The crew has a good view from the cockpit thanks to many windows, even at the feet of the crew. A relatively small radar nose completes the front appearance. At the back end the fuselage slopes up to allow easy loading and unloading. The big horizontal and vertical stabilisers have a trapezium shape. The Hercules has only a small dorsal fin. 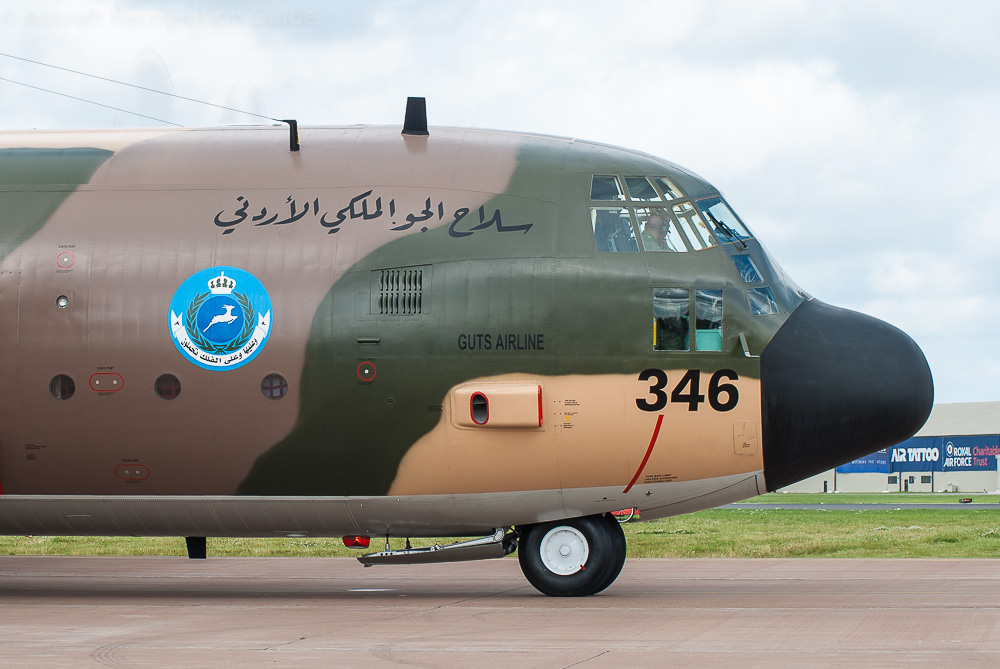 Many cockpit windows, including two at the crew's feet, and the short nose gear are easy recognition points of the Lockheed Hercules. 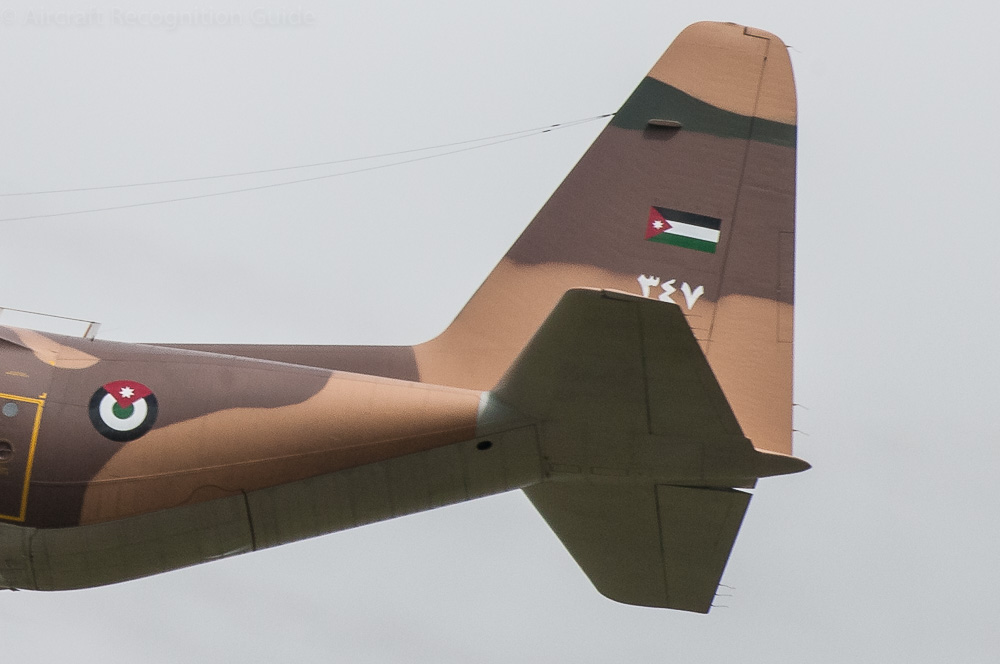 The rear fuselage is strongly swept up and ends with a large, trapezium shaped vertical stabiliser with a small dorsal fin. 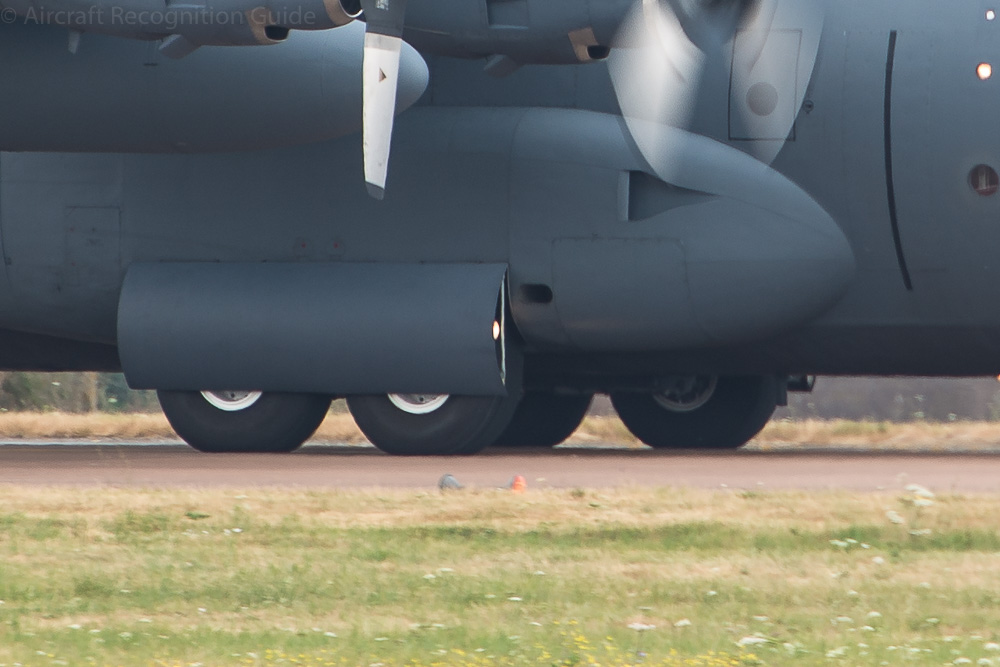 To be able to operate from unprepared runways the C-130 has two big tandem wheels on each main landing gear.

How to recognise the different versions of the Lockheed Hercules will be added later. 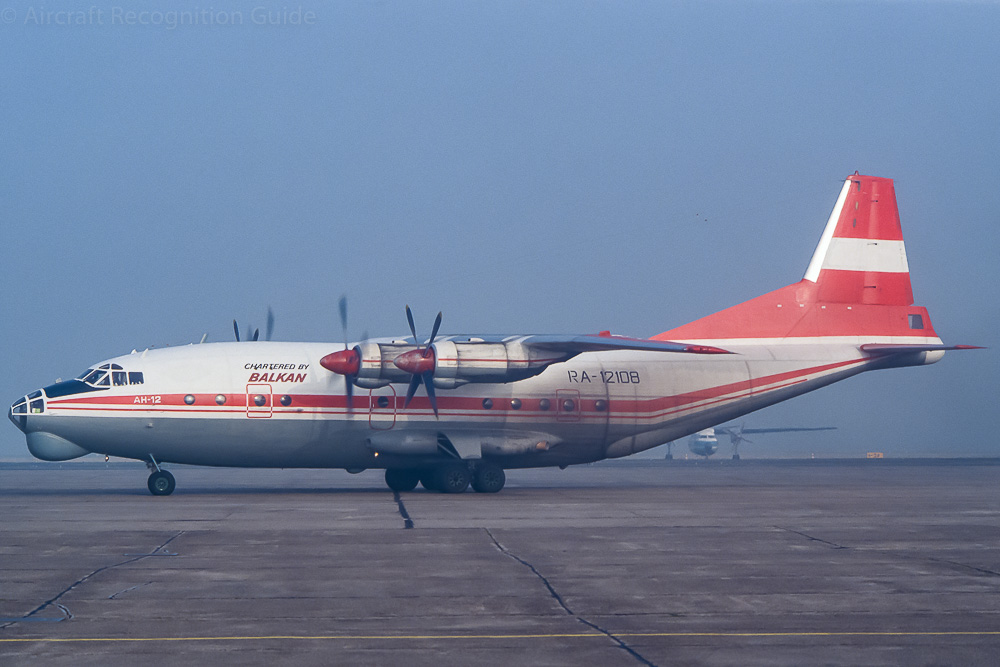 Both the An-12 and its Chinese copy are similar in size and appearance as the Hercules. Apart from the nose the main differences are in the tail and main landing gear. The An-12 and Y-8 have four wheel bogeys on each leg. Also, these aircraft have a large dorsal fin. 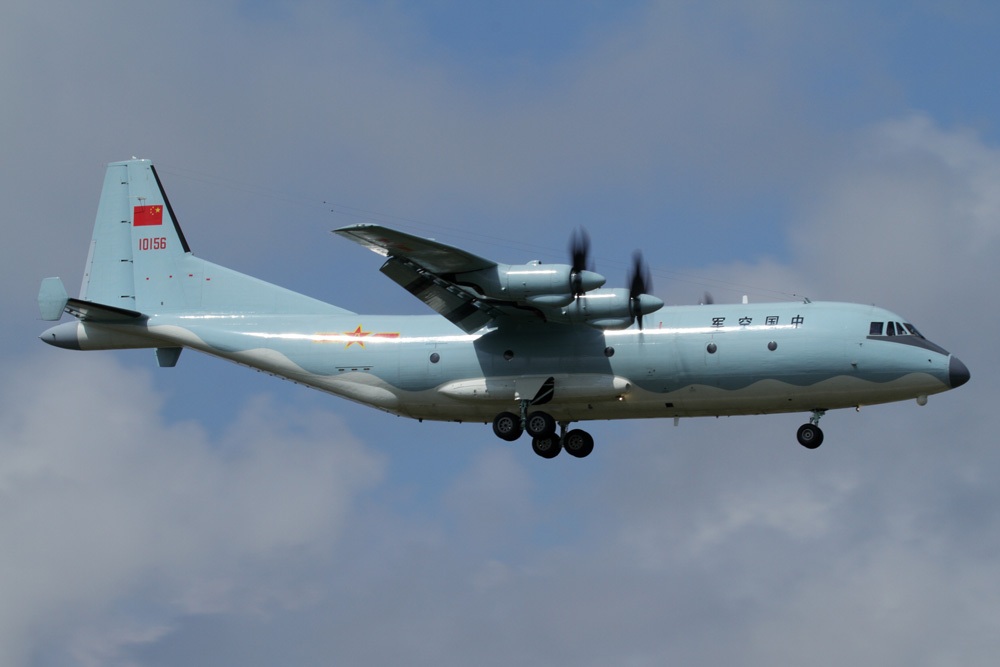 Given that the Y-9 was devel­oped from the Y-8 above, they look more like each other than like the C-130. The aircraft differ at the same points as the An-12 and Y‑8. (photo: Alert5/WikiMedia) 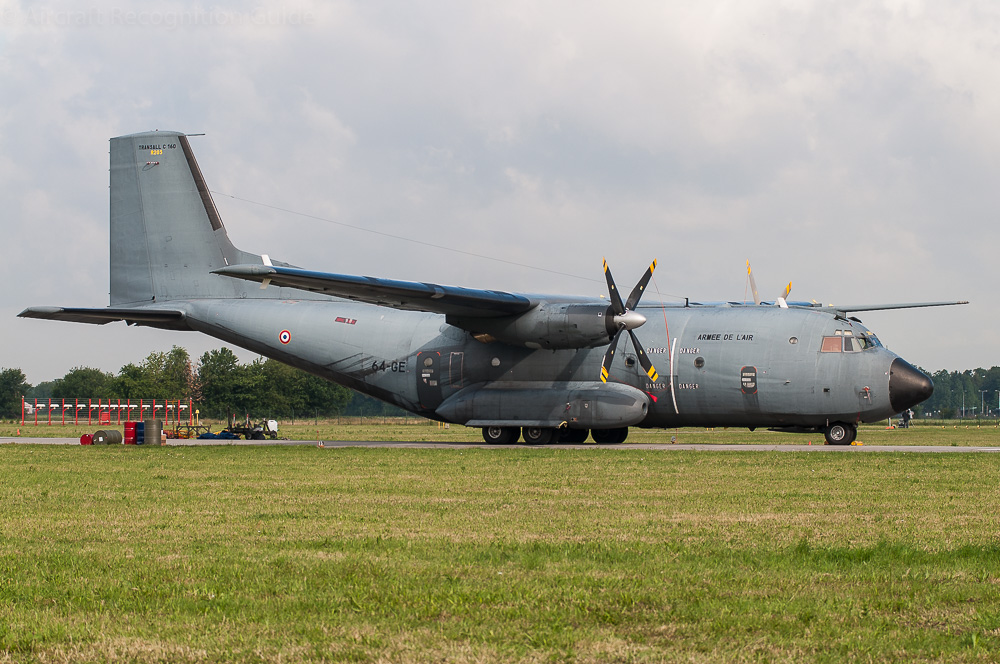 Comparable in size and appea­rance to the C-130 Hercules but obviously has two engines in­stead of four. Also has two sets of wheels on each main landing gear.