With the deregulation of the air transport market in the USA, Embraer saw an opportunity for a clean-sheat thirty seat commuter aircraft. The resulting EMB120 Brasília proved to be an instant success, even though it had competition from the slightly larger Saab-Fairchild SF340.

The Brasília has low wings with turboprop engines in S-shaped nacelles in the leading edge. The nose is very streamlined, thanks to the four large curved cockpit windows. Even though the wings are mounted low, the EMB120 has a T-tail, with a big dorsal fin. The rear fuselage tapers to the tail cone rather late, so the preserve the air flow there ventral fins are added to the lower rear fuselage. 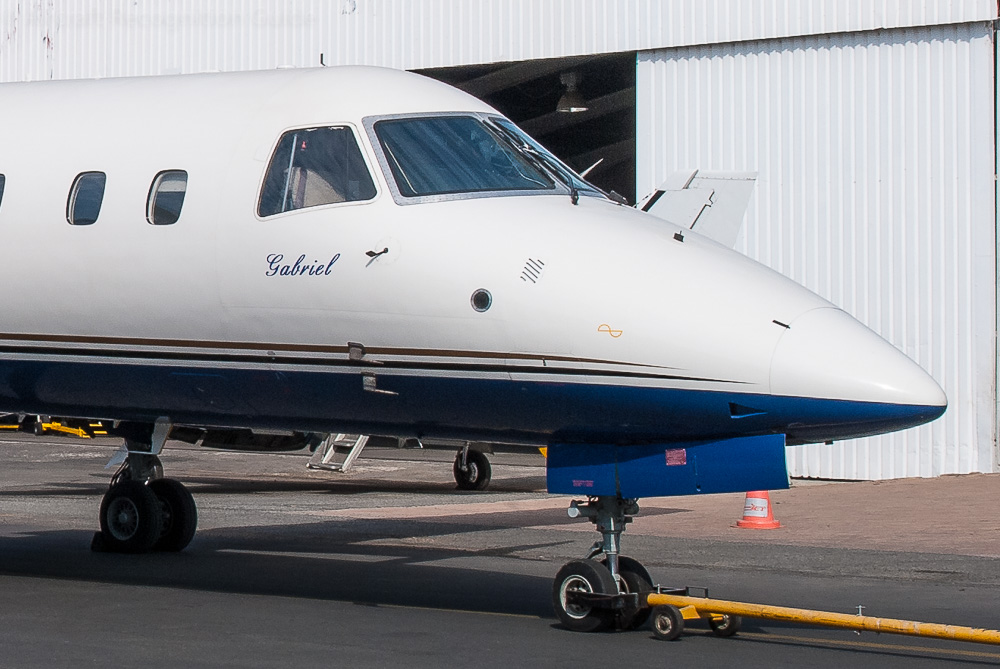 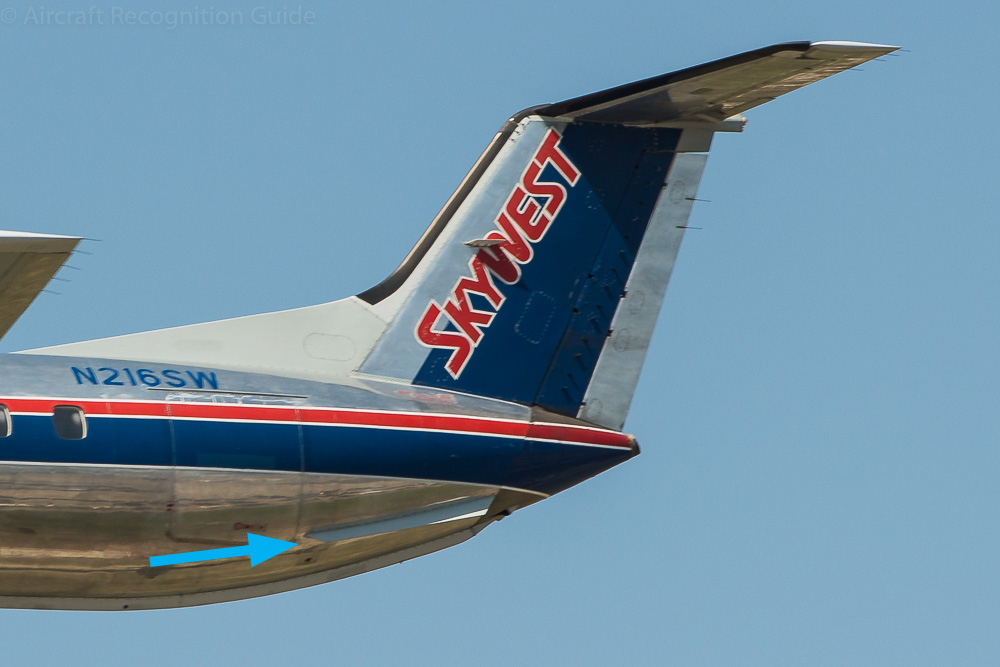 The rear fuselage tapers to the tail cone quite quickly. To guide the air flow small ventral fins are added. The T-tail has a large dorsal fin. 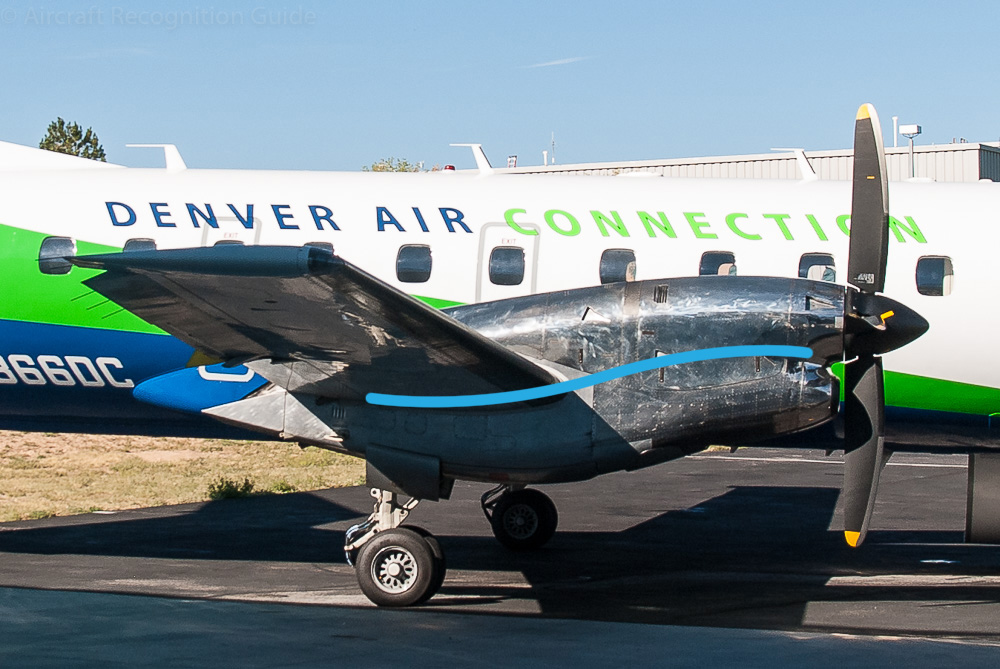 The shallow S-shaped engine nacelles are one of the main recognition points of the Brasília.

The different versions of the EMB120 can mainly be recognised by the cabin windows, painted over or not.

The passenger versions of the Brasília have cabin windows, of course, and only differ in performances.

Transport and VIP versions are operated by the Brazilian air force designated C-97 and VC-97 respectively. 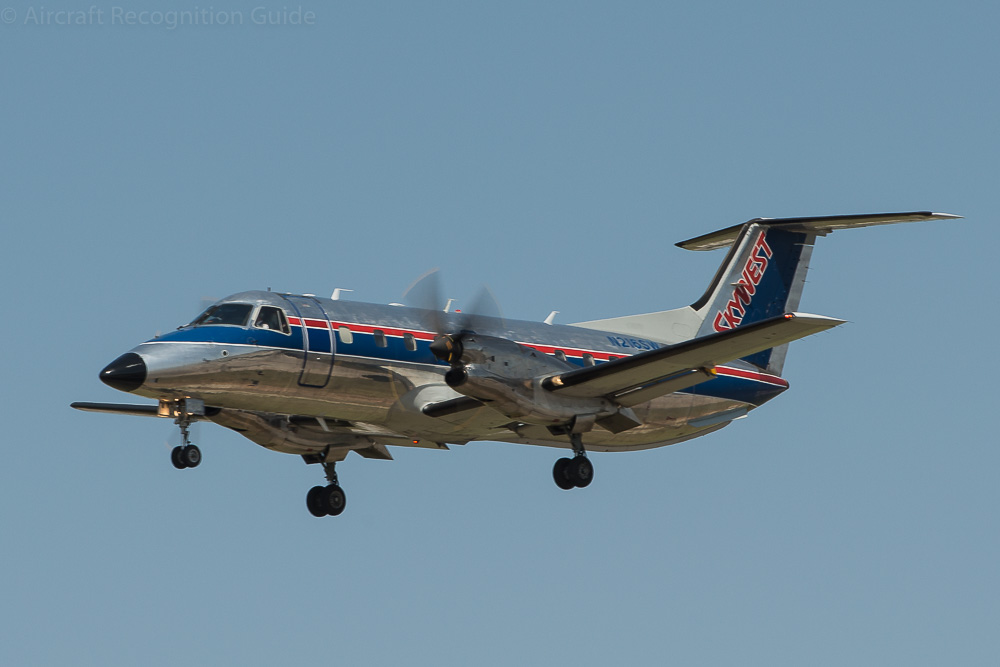 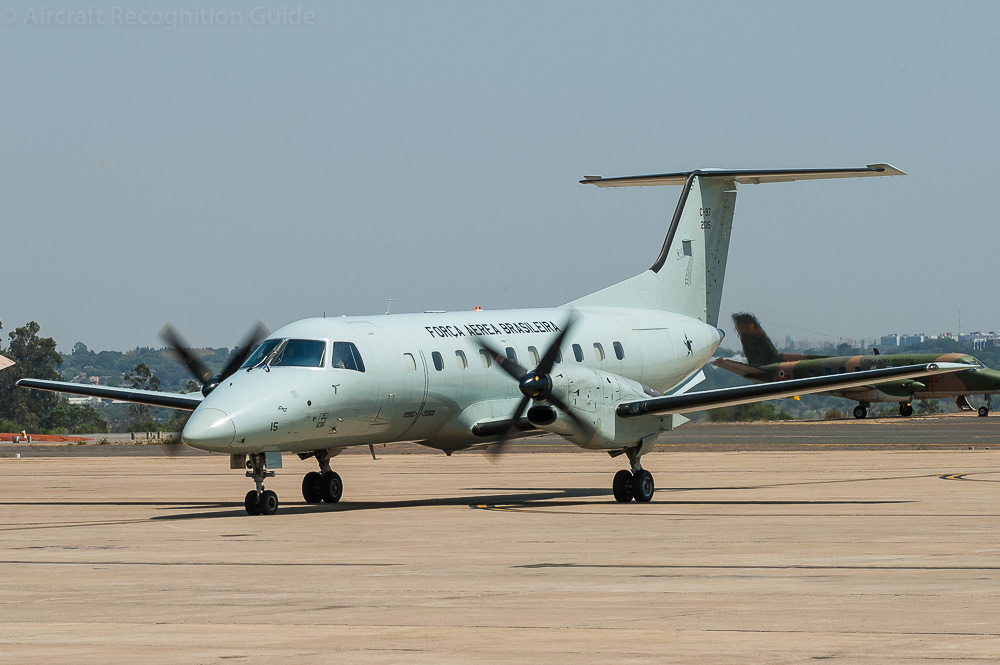 A C-97, the Brazilian military designation for the Brasília.

The full cargo (FC) version has its cabin windows painted over, but for the rest it looks the same as the passenger versions described above. 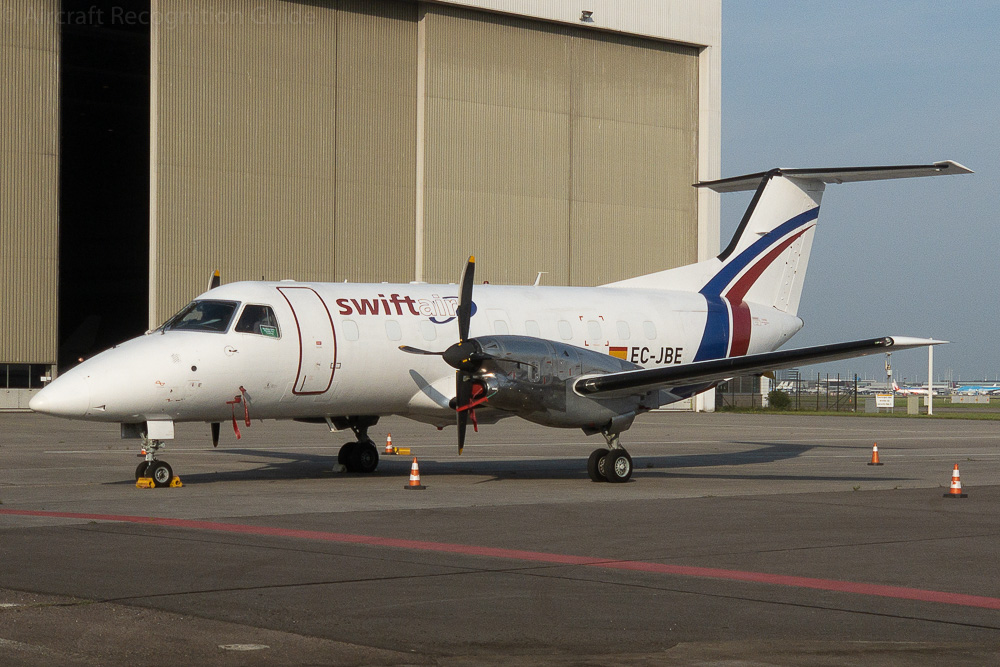 Embraer EMB120FC, with the cabin windows painted over. 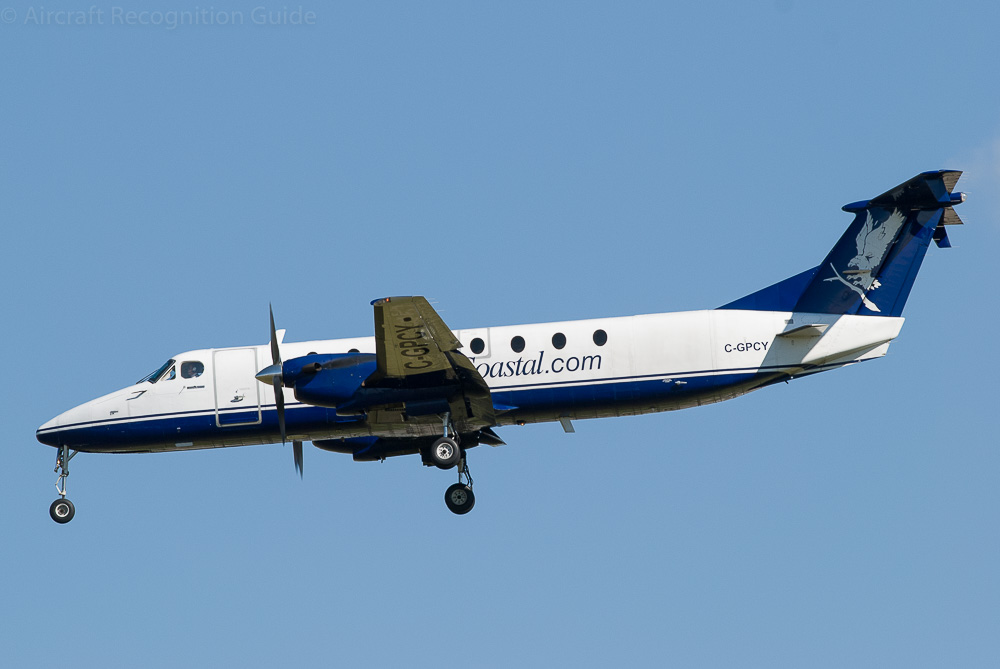 The only aircraft remotely similar to the Embraer Brasilia is the Beech 1900. This is significantly smaller though, has six cockpit windows, oval cabin windows and a single nose wheel, to name a few notable differences. So a mix-up is hardly imaginable.