The Dassault Mercure was developed as a Boeing 737/Douglas DC-9 alternative for short routes. Only a dozen were built, mainly used on domestic routes in France. Although others were proposed, just one version was built, the Mercure 100.

You can best distinguish the Dassault Mercure by its cockpit windows (the last one is almost triangular) and its slim engines nacelles, which are on a pylon under the wings. Also the horizontal stabilisers have a significant dihedral.

Top photo is by Michel Gilliand, retrieved from WikiMedia. 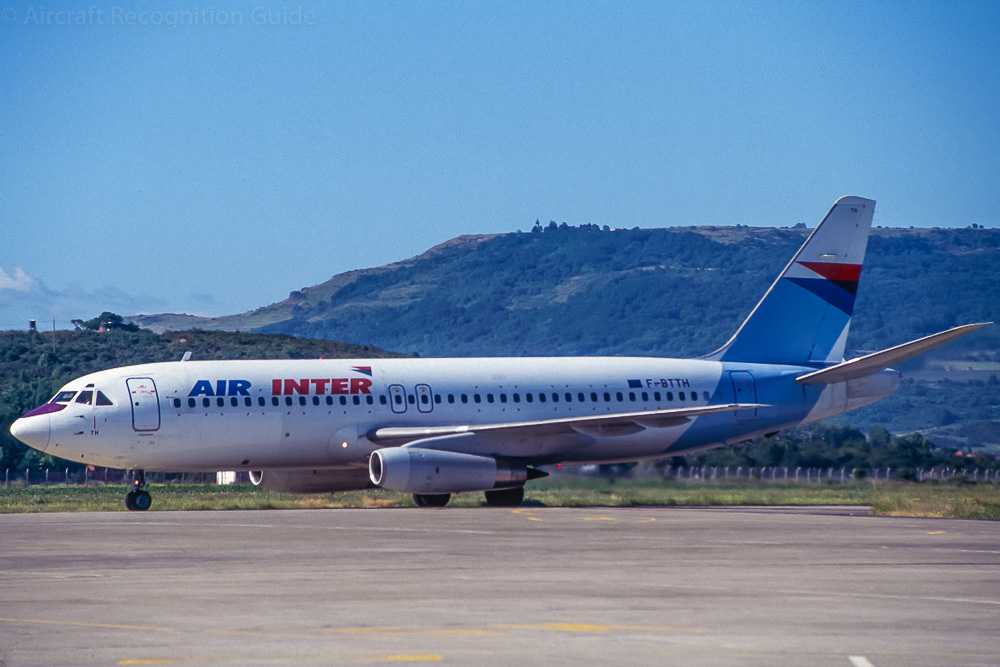 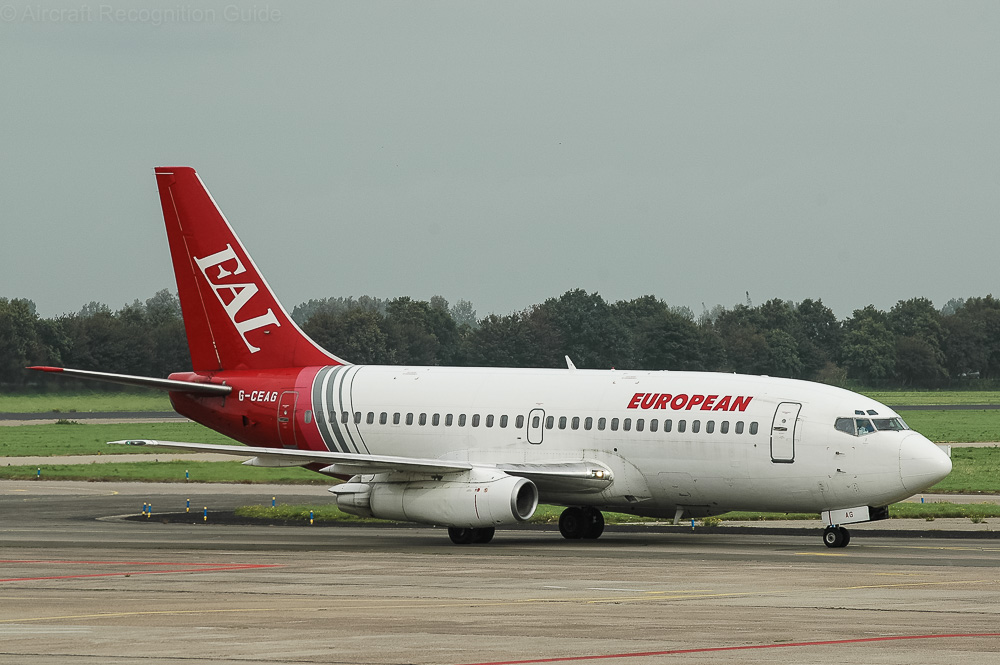 Given its slim engine nacelles you will most likely confuse the Mercure with the first generation Boeing 737. However the cockpit windows are different and engines nacelles of the 737 are directly put under the wings, not on a pylon. 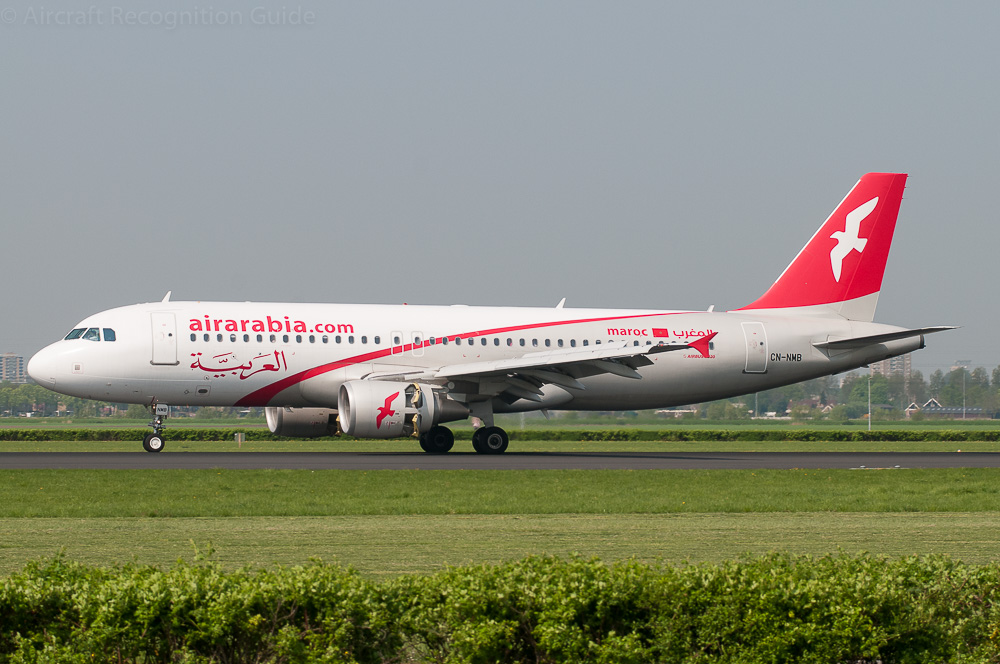 Although less likely you might also mix up the Airbus A320 and the Dassault Mercure. Generally the engine nacelles of the A320 have a larger diameter and the last cockpit window is not triangular, but only has a squared off corner.