This Soviet designed family of turboprop aircraft comes in many different versions: the An-24 passenger version, cargo An-26 with rear loading ramp, An-30 used for survey flights and powerfull An-32 cargo aircraft. The Y-7 is the Chinese version of the aircraft.

All versions have high wings and long two wheel main landing gear legs, retracting forward in the engine nacelles. The main characteristics of Antonov family are the outer wings with anhedral (pointing down), the number of cockpit windows (eight main windows and two eyebrow windows) and anti-collision light where the triangular dorsal fin connects with the leading edge of the vertical stabiliser. 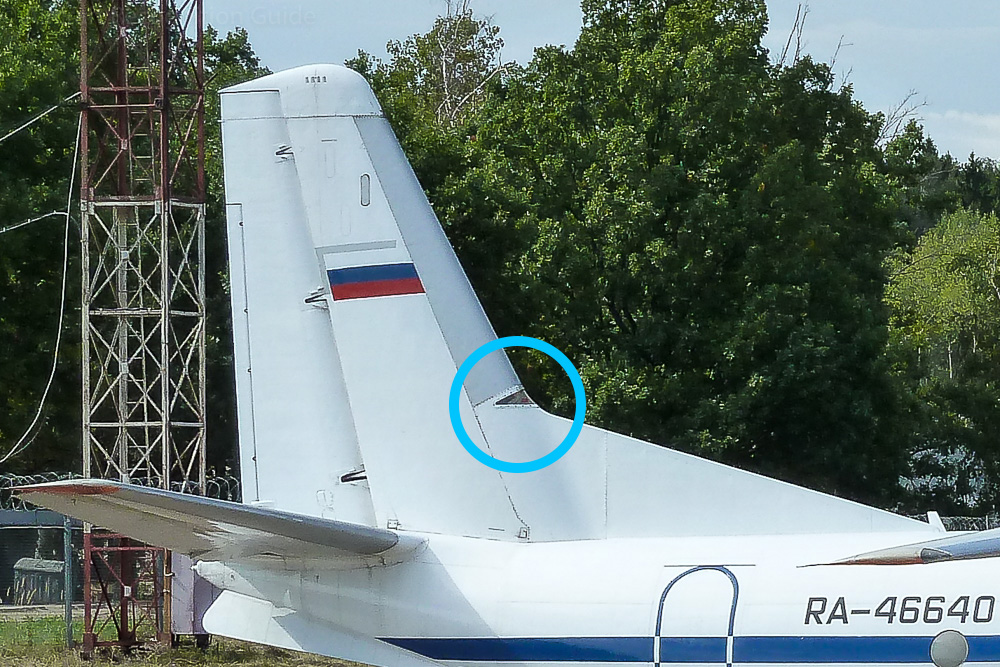 Tail of An-24, with the anti-collision light at the intersection of the dorsal fin and vertical stabiliser, typical for the family. 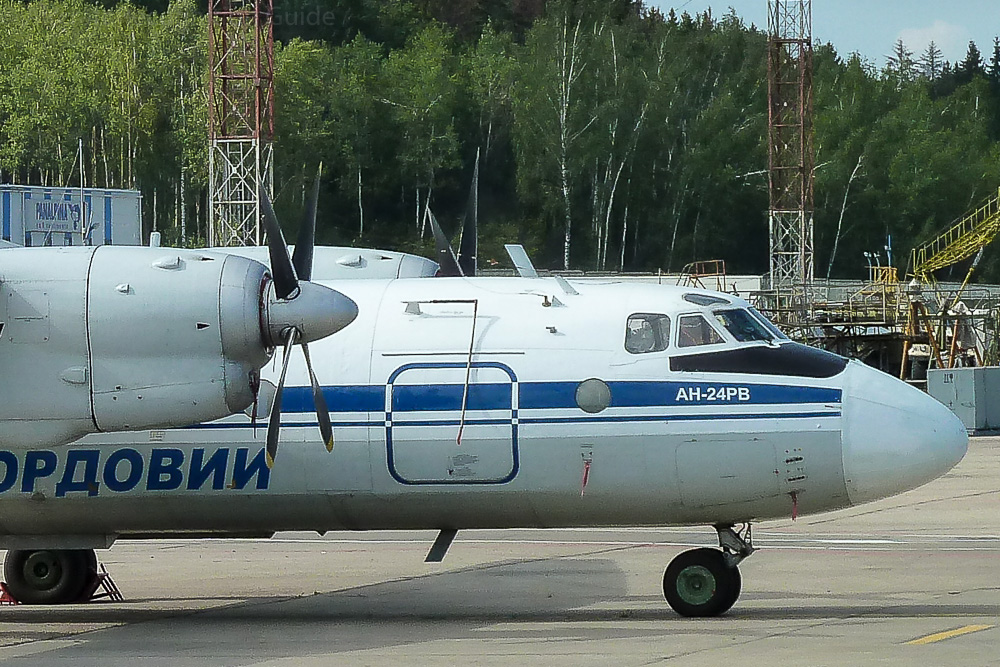 Nose of An-24, with nine cockpit windows, including two eyebrow windows.

How to recognise the different versions of the An-24 family will be added later. 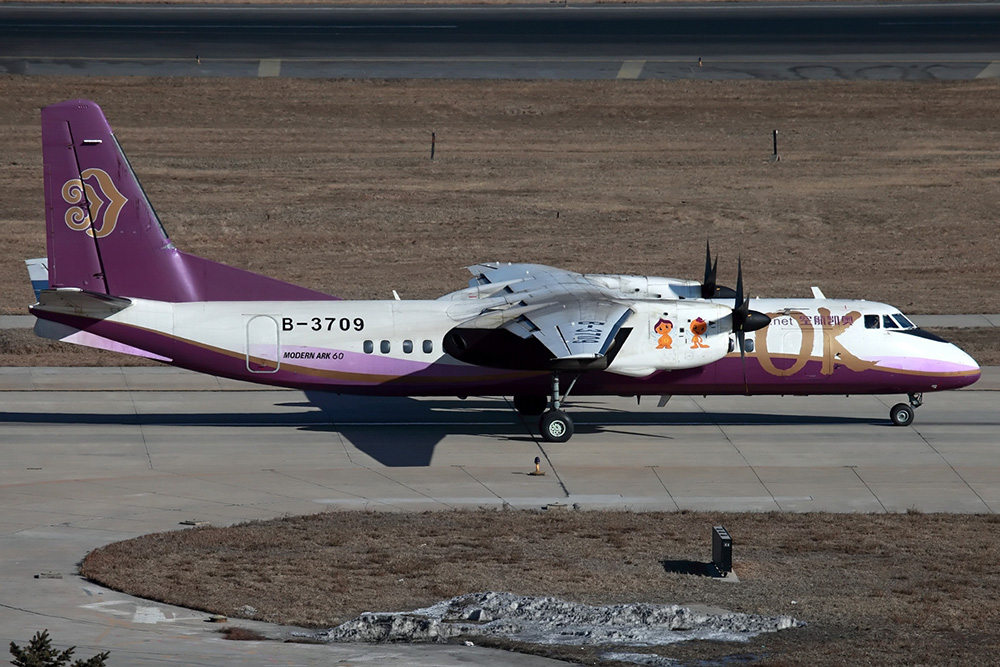 Being developed from the Xian Y‑7 the MA60 and MA600 share a lot of elements with the original aircraft. The MA60 and MA600 have more and smaller cabin windows, and different cockpit windows as primary recognition points. (photo: Alan Zhao/WikiMedia) 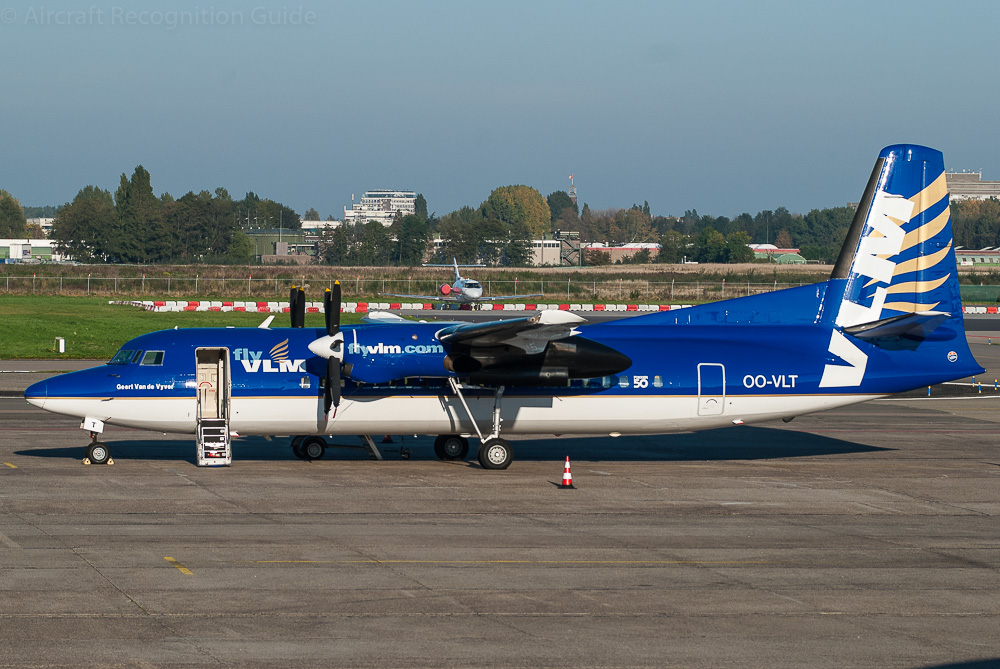 The Fokkers can be recognised from the Antonov family especially by the cockpit windows (Fokkers have only six), the rearward retracting main gear and the wings with some dihedral along the whole span.