The Cessna Conquest II can be regarded as the ultimate Cessna twin turboprop business aircraft. It flies farther, faster and higher than any of the other 400 series aircraft. Although based on the earlier models, it still looks significantly different to allow easy recognition. The closest relative in external appearance is the Caravan II. The Conquest II however has smaller, more rounded cabin windows. The horizontal stabiliser is attached to the fuselage, and has a significant dihedral.

One Conquest II was fitted with PT6A engines and completed as the prototype of the Cessna 435. However, the aircraft did not make it to series production.

The original Conquest II, Cessna model 441, has TPE331 engines with an exhaust at the end of the nacelle, at the trailing edge of the wings. 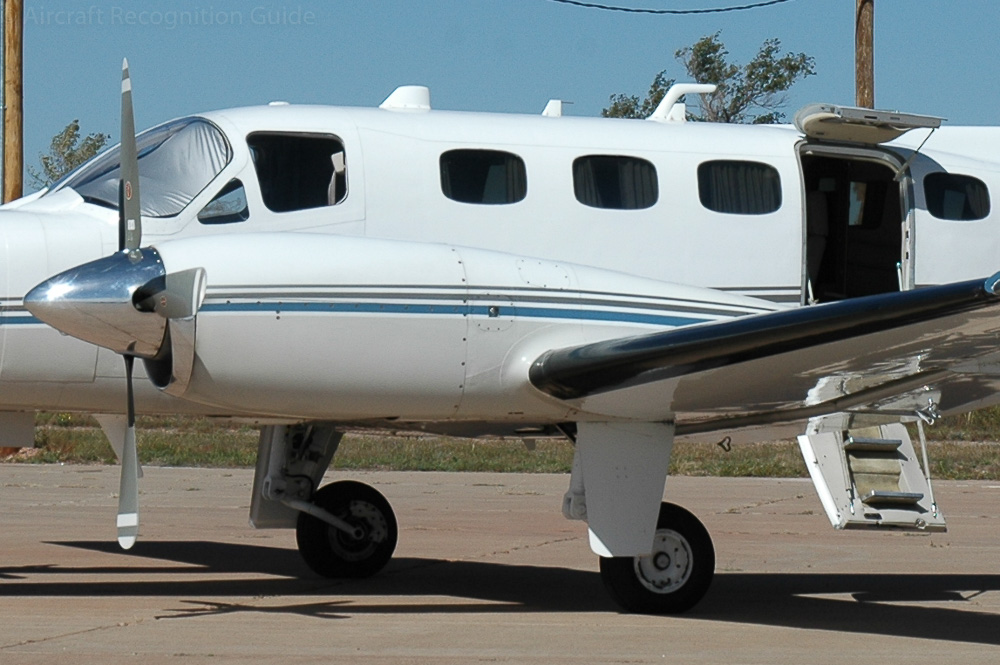 Engine nacelle of Cessna 441, with an exhaust at the end (not visible here). Also note the somewhat rounded rectangular cabin windows. The horizontal stabiliser of the Conquest II is attached to the rear fuselage, and has a significant dihedral. 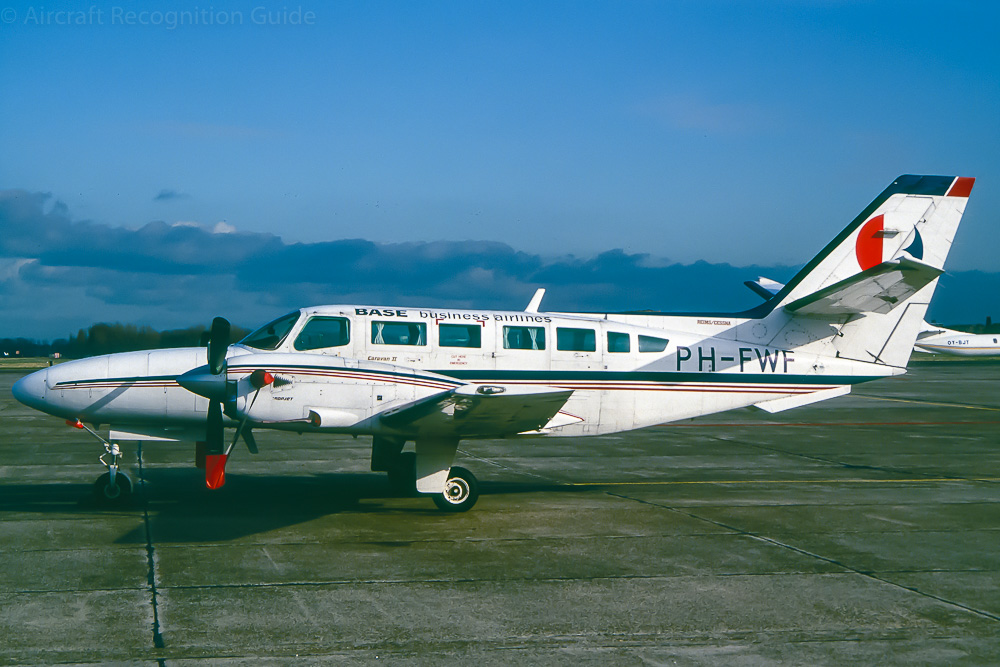 They look a lot like each other, but still the differences are big when you know them. The Caravan II has engine exhausts at the side of the nacelle (just after the prop), non-rounded cabin windows and a horizontal stabiliser attached to the vertical stabiliser. Also has long nacelles for the piston engines, with exhausts underneath the wings, and a horizontal stabiliser with dihedral attached to the rear fuselage. However, the mofre visible differences are in the non-rounded cabin windows and longer, more pointed nose. The Piper Cheyenne falls in the same class of pressurised twin turboprop aircraft. It has different engine nacelles, with exhausts at the side, fewer but bigger cabin windows and no dihedral on the horizontal stabiliser. Also often has tip tanks.