The Boeing 757 and 767 were developed simultaneously. Hence it is not strange that both aircraft have a lot in common. Look for example at the shape of the cockpit windows, tailcone and vertical stabiliser. However the Boeing 757 has a single aisle and a narrower fuselage, compared to the wide body 767. This results in a different nose shape and appearance.

Another similar aircraft is the Airbus A321, but his has only two wheels on each main landing gear leg instead of four on the Boeing 757.

The most likely you are going to mistake the 757 for a Tupolev 204 however. Look at the cockpit windows and winglets to keep them apart.

Many Boeing 757s have been fitted with winglets after delivery. This has not changed the type designation however. 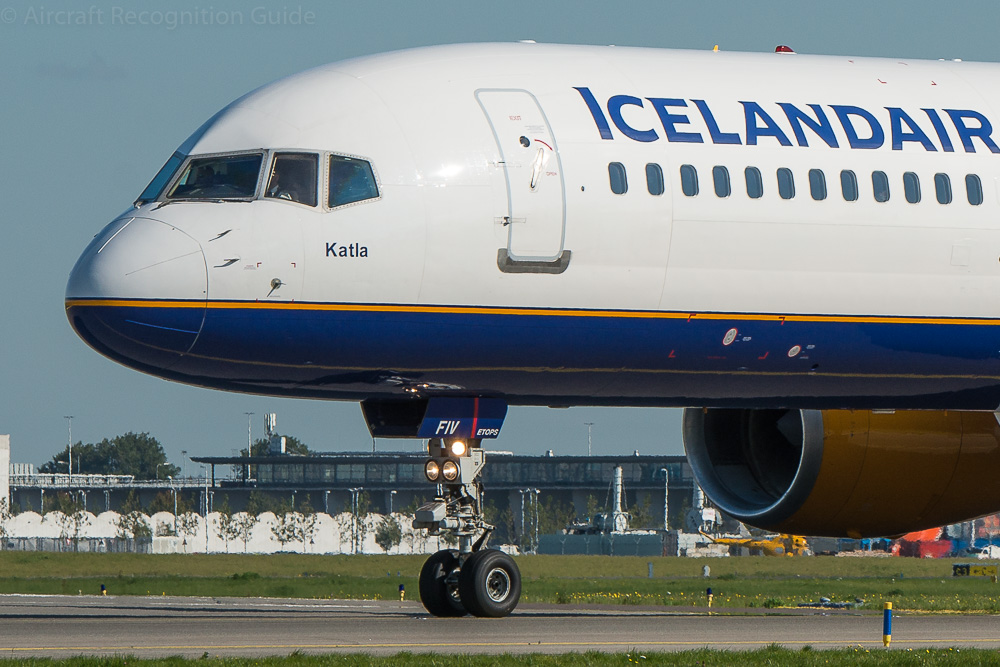 Nose of Boeing 757, with same cockpit windows as Boeing 767. 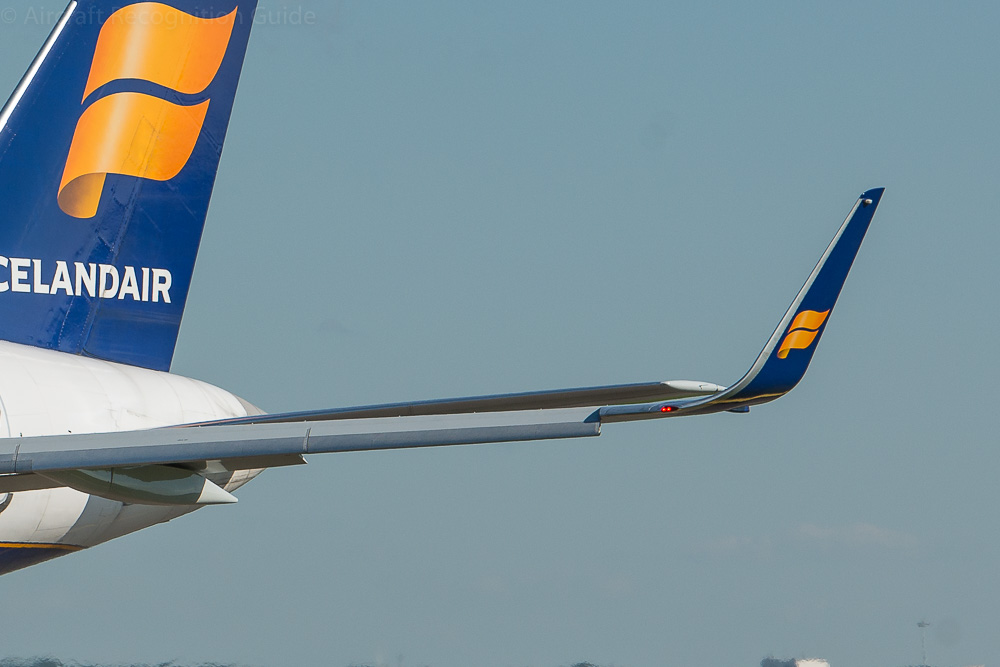 This is the original version of the 757, of which also most were built. It comes with two engine options, the Rolls Royce RB211 or the Pratt & Whitney PW2000 series. 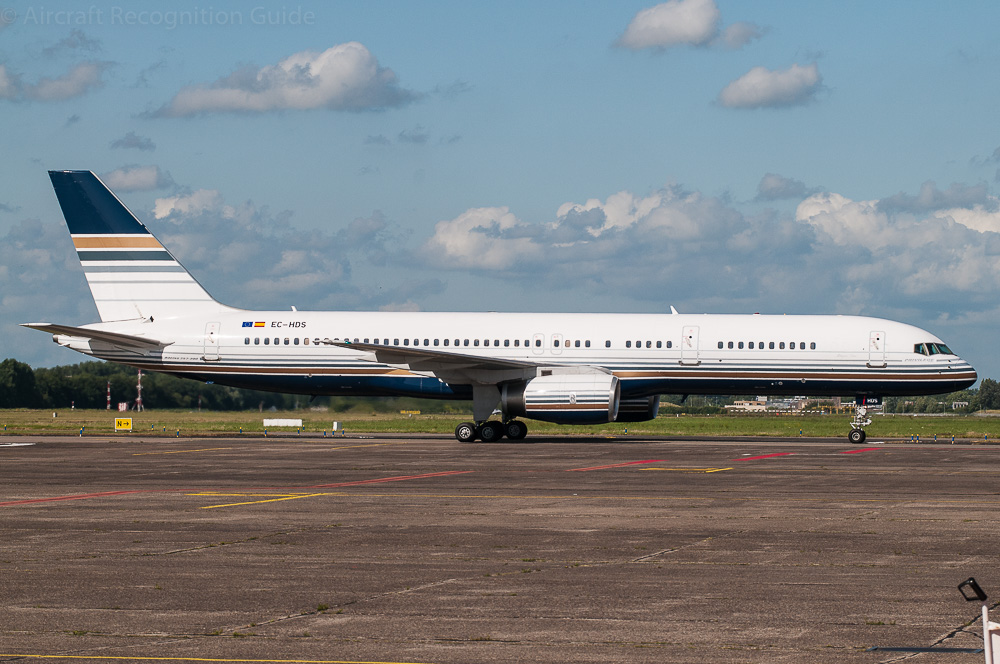 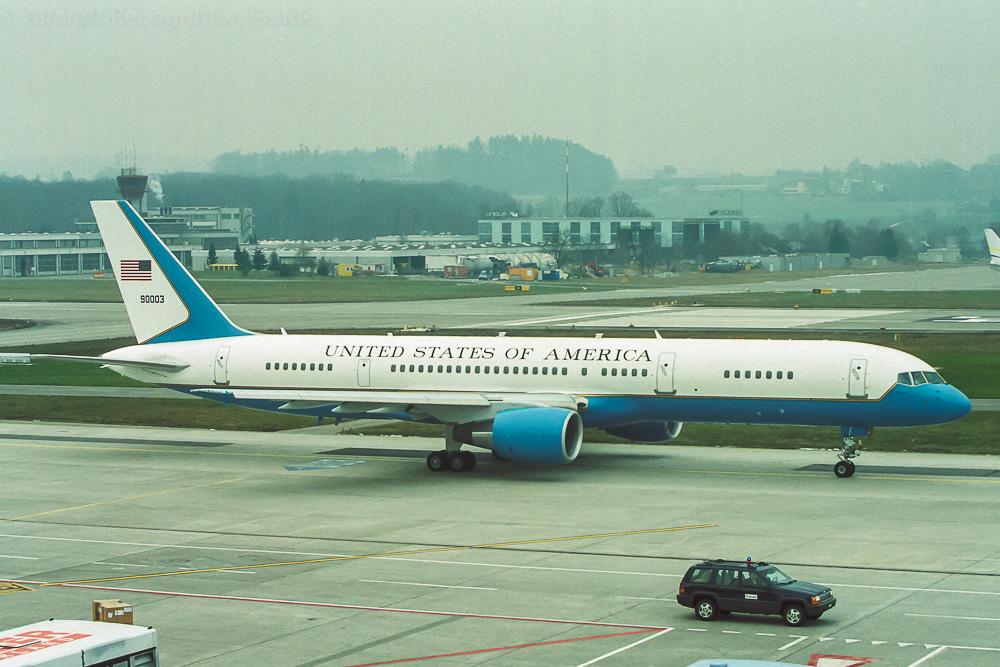 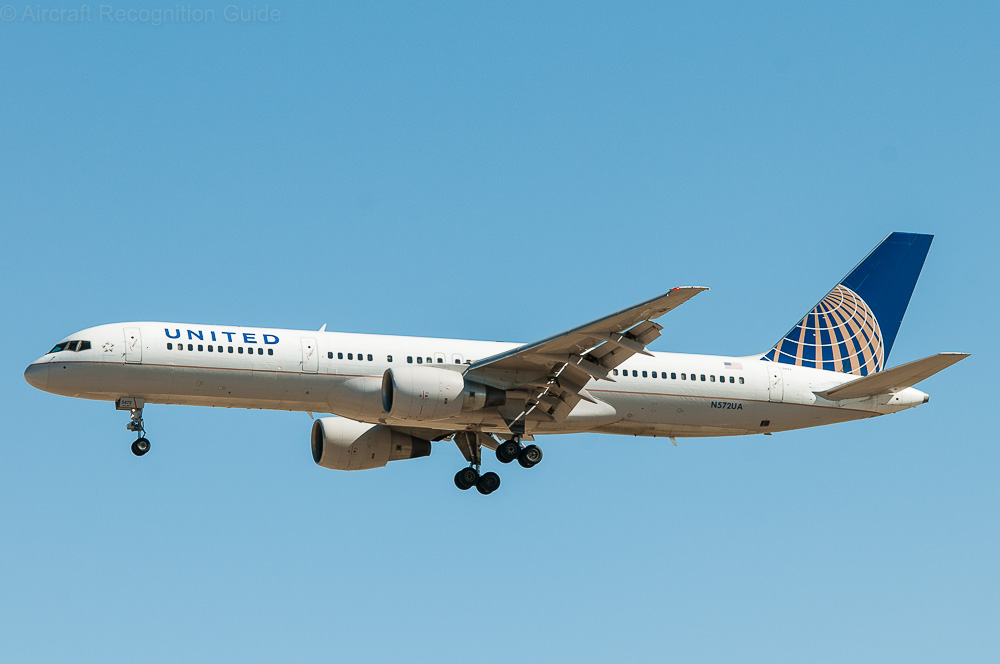 A forward cargo door combined with many cabin windows are the recognition points of the combi version, dubbed 757-200M. Most are conversions of standard passenger aircraft. 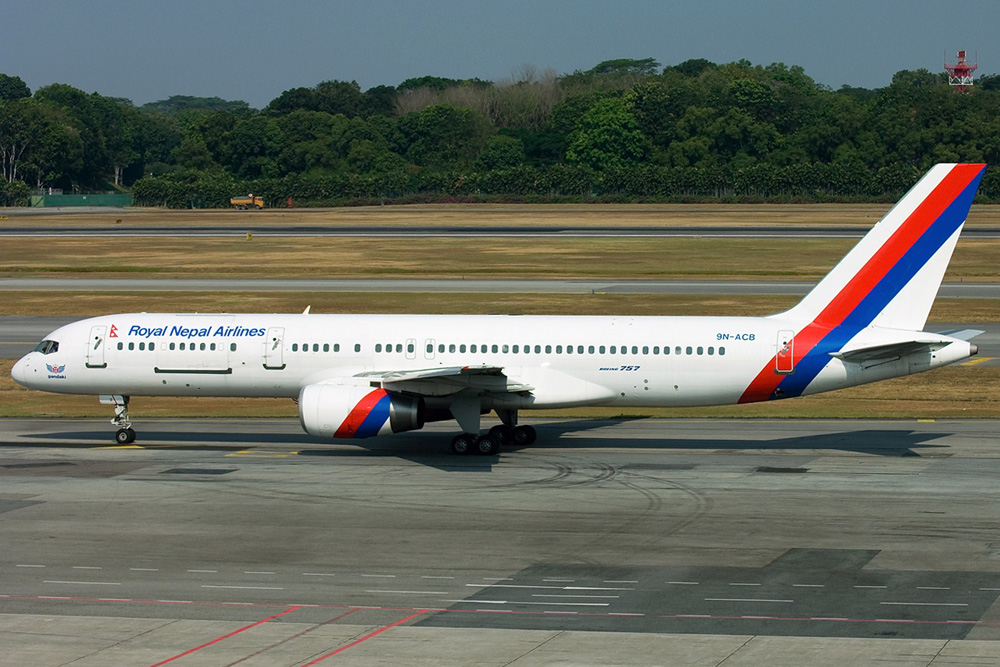 The combi version of the 757 (Boeing 757-200M) has a large cargo door but also many cabin windows. (photo: Aldo Bidini/WikiMedia)

In response to a requirement from UPS Boeing developed a dedicated freighter version, designated 757-200PF, in which PF stands for package freighter. It has no cabin windows, unlike converted passenger aircraft (Boeing 757-200SF). 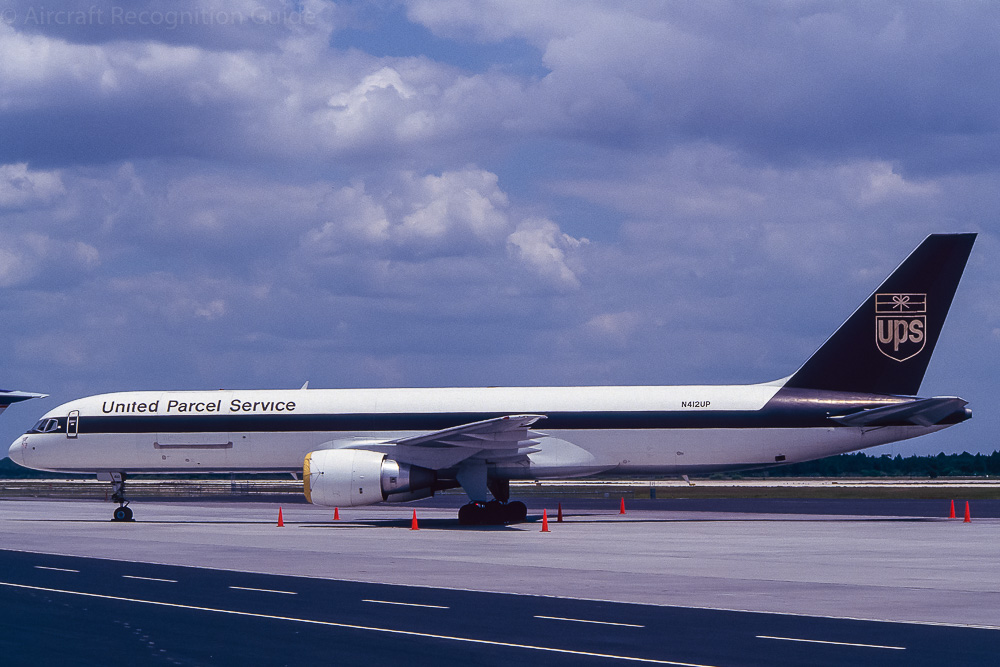 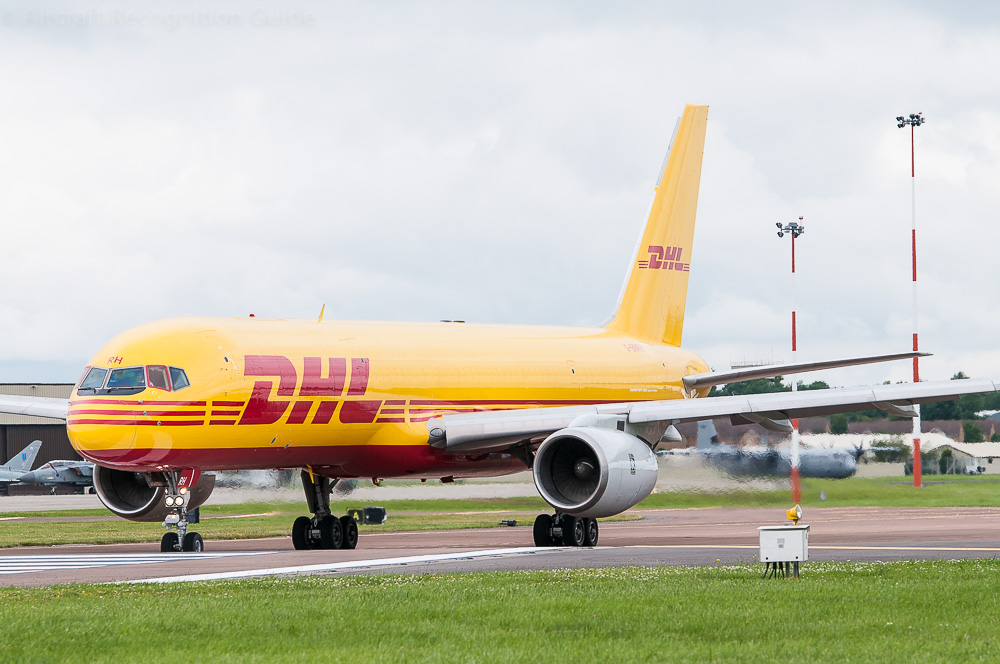 The 757-300 is much longer than the 200 series, seven metres to be precise. To accommodate more passengers it has two small over wing emergency exits on each side, which are lacking on the 757-200. 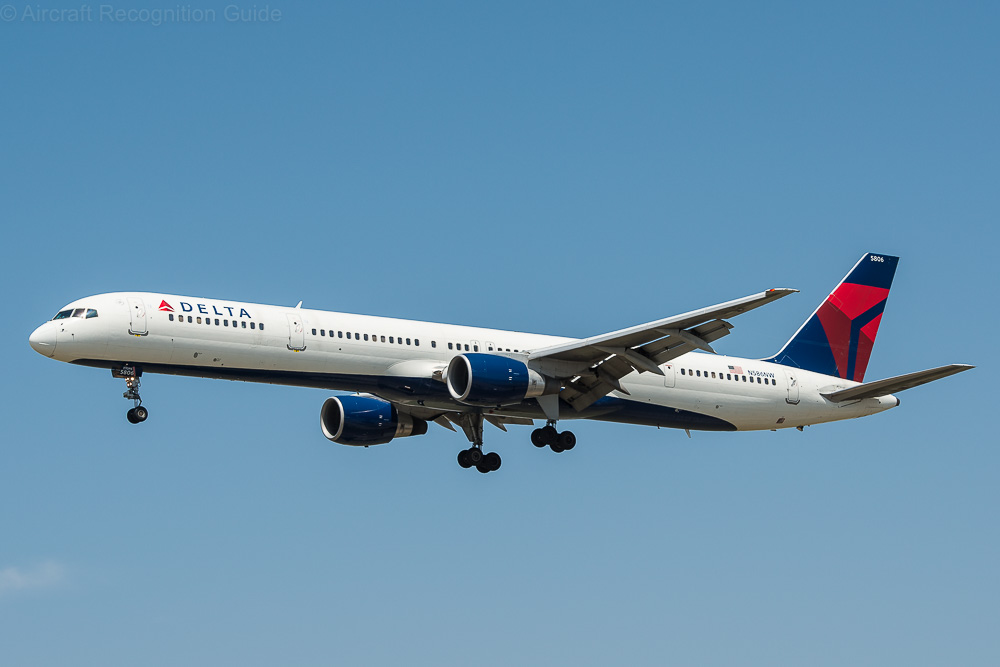 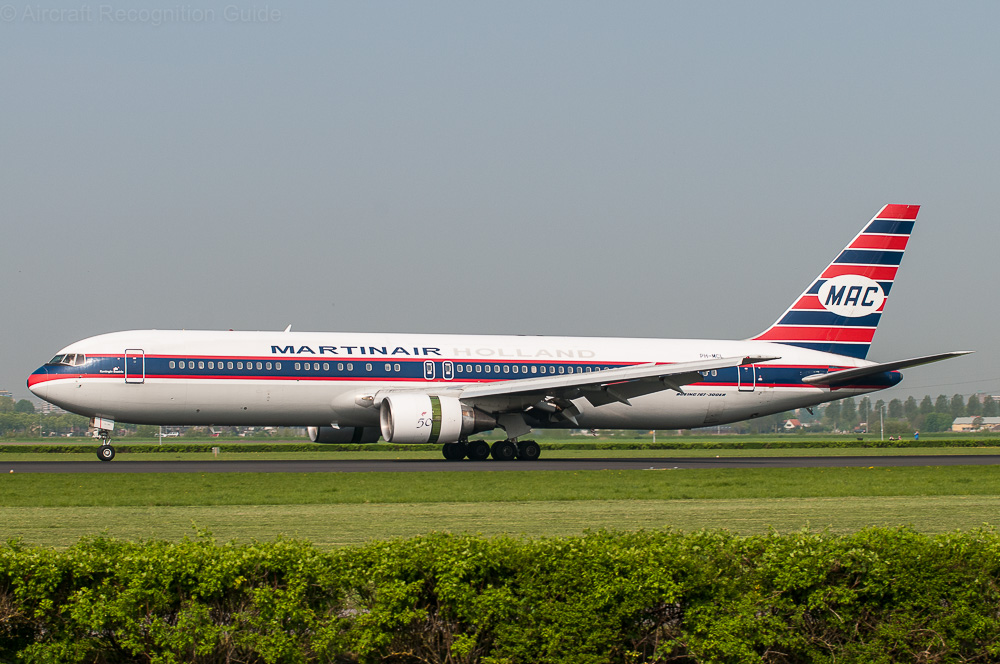 Like explained in the main text the Boeing 757 and 767 have a lot in common when it comes to external recognition points. The main difference is in the fuselage diameter, which is narrower on the 757 than on the 767. Thus in particular the nose shapes are different. 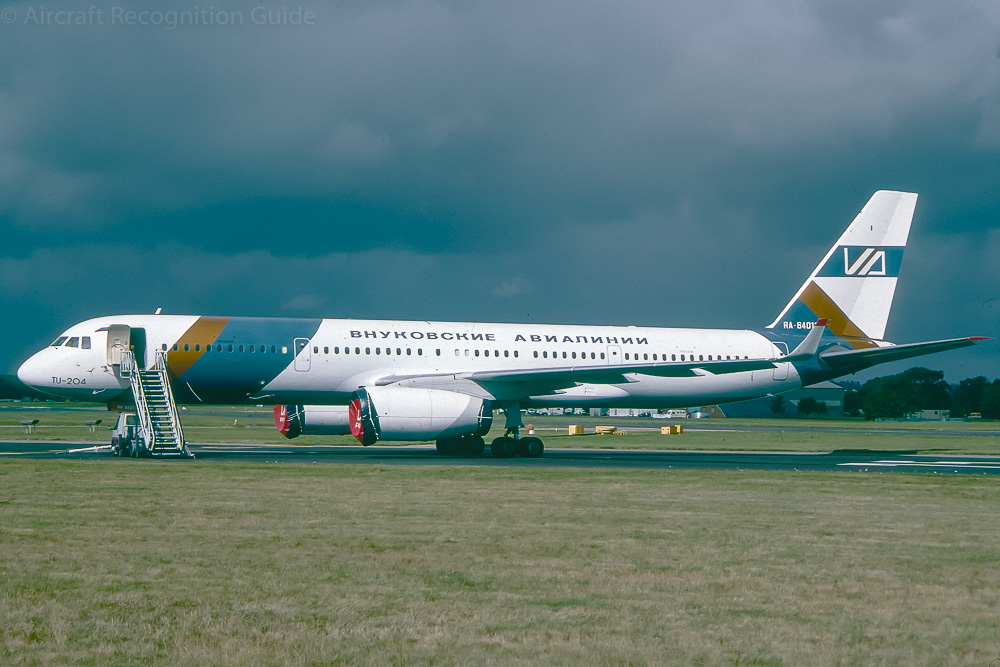 The Tupolev 204 is often called the Russian 757 and when you look at both aircraft you can see why. Still of you look closely it is not so difficult to distinguish them. In particular look at the cockpit windows and vertical stabiliser. Also the Tu-204 has standard winglets, which are smaller than on the Boeing 757. 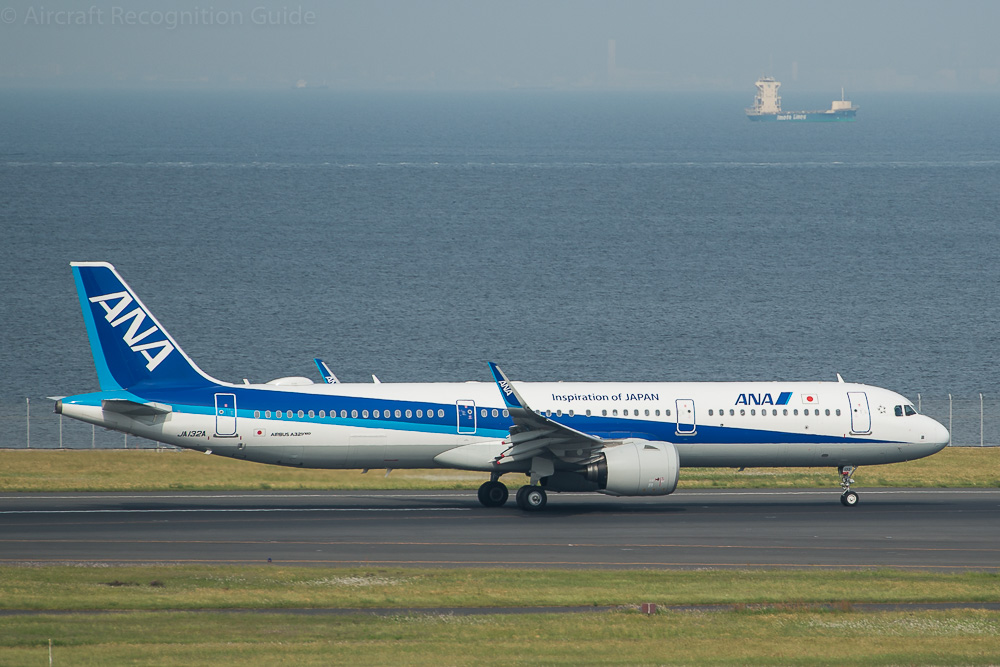 The A321 and Boeing 757-200 are similar in size and basic configuration. It is best to look at the number of wheels on the main landing gear to keep them apart: the A321 has two wheels per leg, the 757 four.