While British Aerospace already had the BAe748 in its portofolio, this aircraft was no match for the new aircraft like the ATR42/72 and DeHavilland Canada Dash 8. Therefore the company introduced the ATP (Advanced Turbo Prop) as an evolution of the 748. Maintaining the general configuration the ATP is significantly longer, with more and rectangular cabin windows. Different, S-shaped nacelles house new engines driving six-bladed props. The nose is more pointed than that of the 748, but retains the narrow eyebrow cockpit window. Finally the tail is more swept. 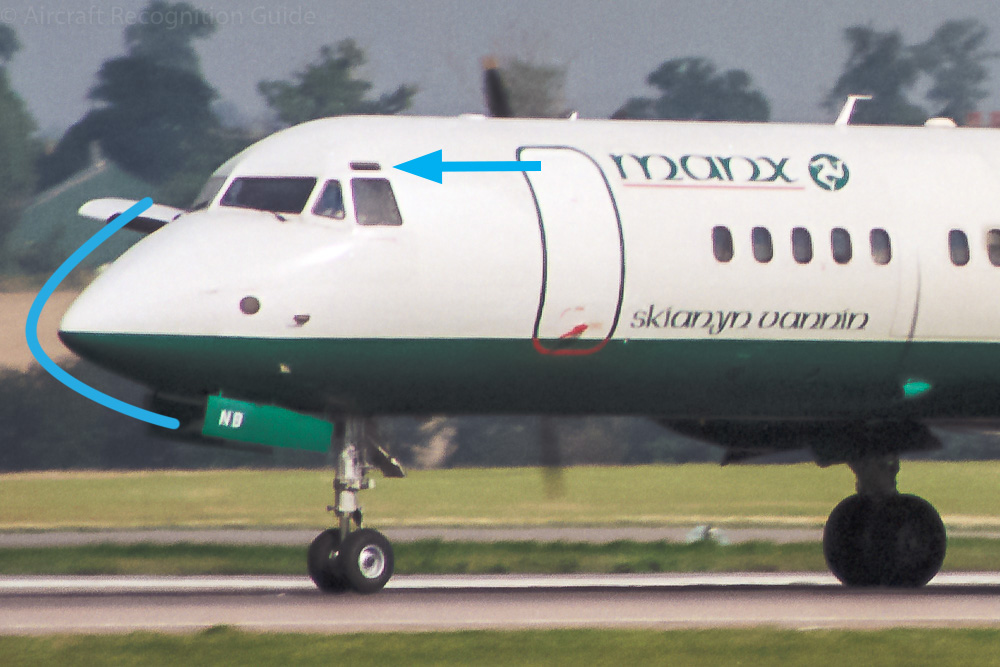 Nose section of the ATP, with a slightly pointed nose. 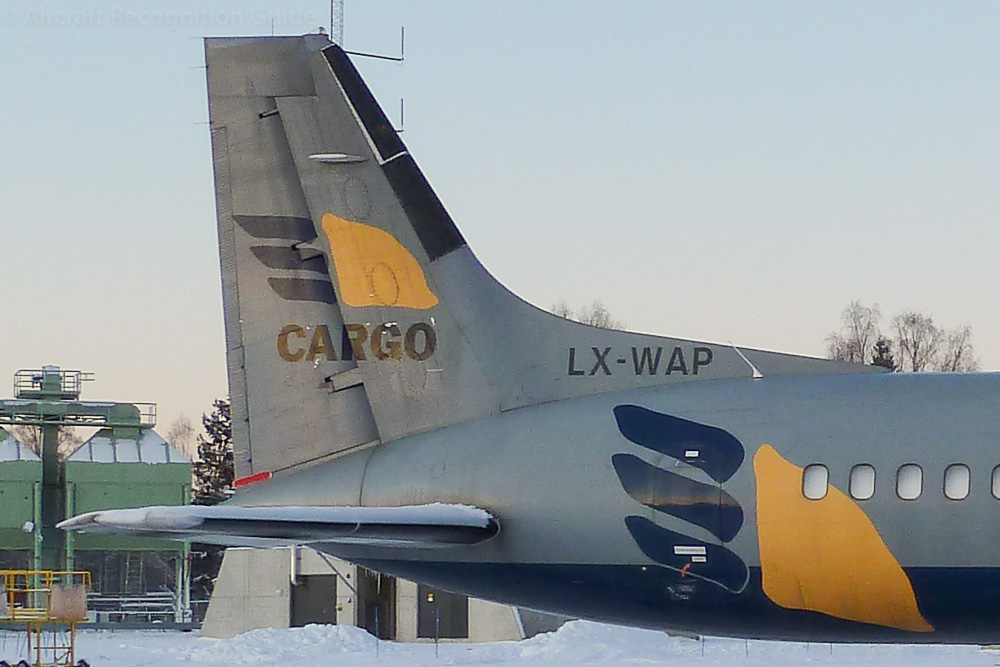 The tail is similar to that of the BAe748, but with a slightly swept trailing edge of the vertical stabiliser. 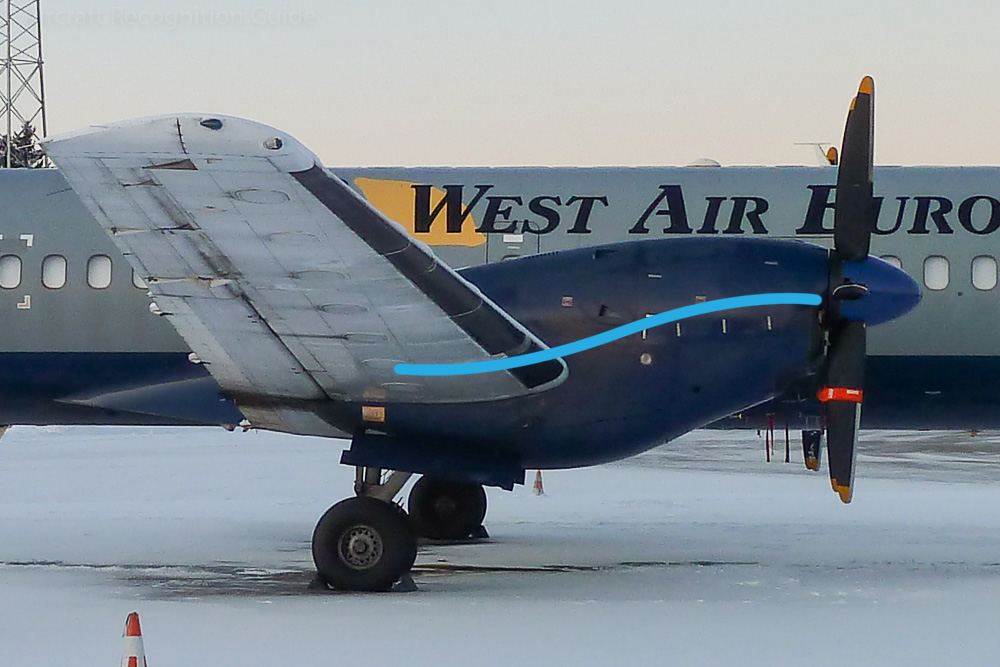 The nacelles of the ATP have a somewhat S-shape, quite different from the BAe748.

Initially all ATPs were built as the basic passenger version. Later the Jetstream 61 was to be an upgraded version with uprated engines and better performance. Only a few were completed before the project was shelved when the regional aircraft division was merged with that of ATR, that already had the successful ATR72. There are no known external differences between both versions.

While not an official designation, ATP/F is the one normally used for versions that have been converted to freighter. Often the windows are not painted over, but the internal wall coverings can be seen through the windows. Many have a large cargo door in the left rear fuselage though. 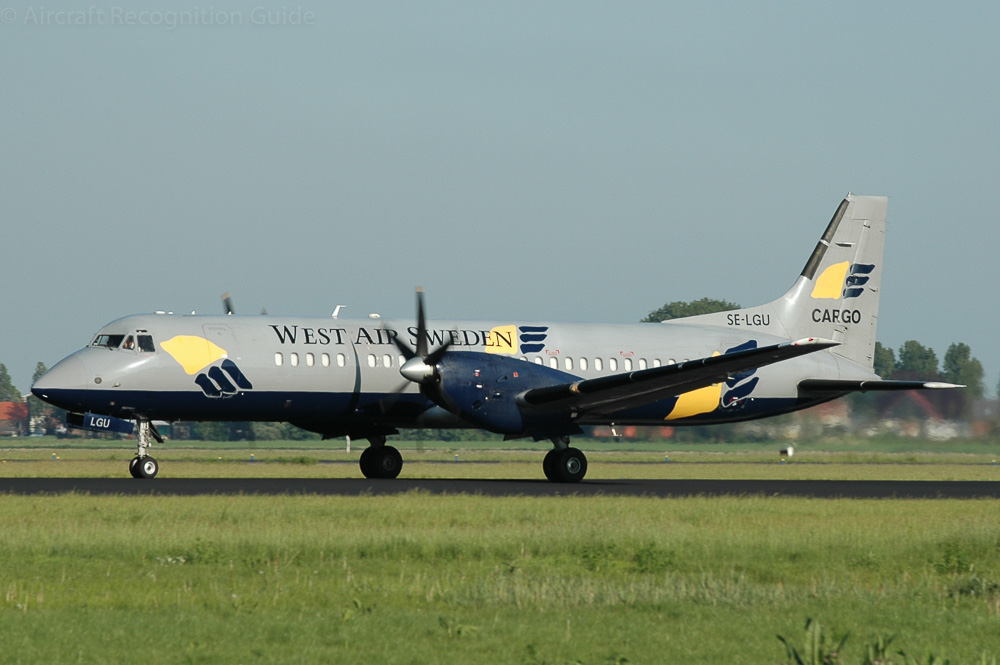 The white behind the cabin windows reveals that this is a cargo version of the ATP, often referred to as ATP/F.

Cargo door in the left rear fuselage of the ATP/F. 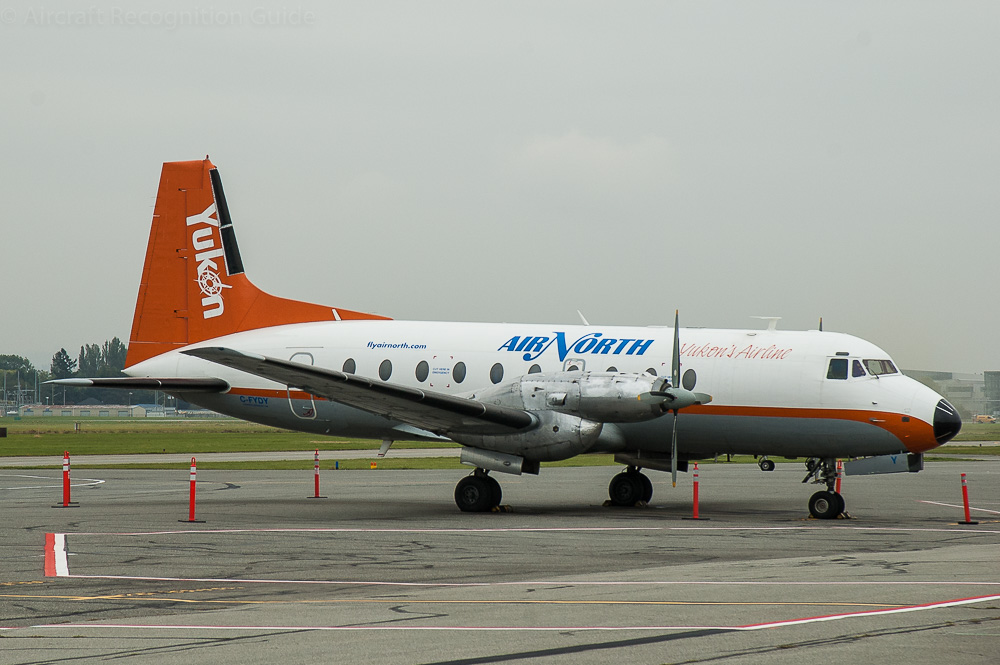 Of course you are most likely to mix-up the British Aerospace 748 and ATP, as the ATP was derived from the 748. The BAe748 is shorter, has a more blunt nose, fewer oval cabin windows, different nacelles, four bladed props and a forward swept trailing edge of the vertical stabiliser. 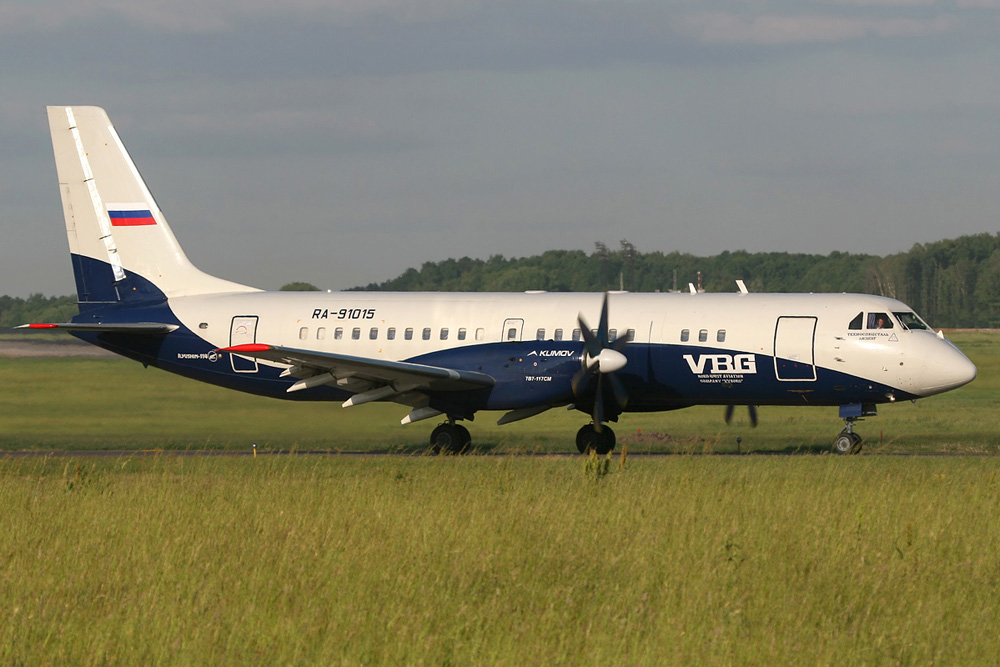 It looks like the Ilyushin designers had the ATP in mind when developing the Il-114, so you can easily confuse them. The Il-114 has different cockpit windows, a taller vertical stabiliser and more smaller differences to help to distinguish them. (photo: Sergey Riabsev/WikiMedia)

Th YS11 is about the size of the ATP but looks externally more like the 748, regarding the tail and engine nacelles. 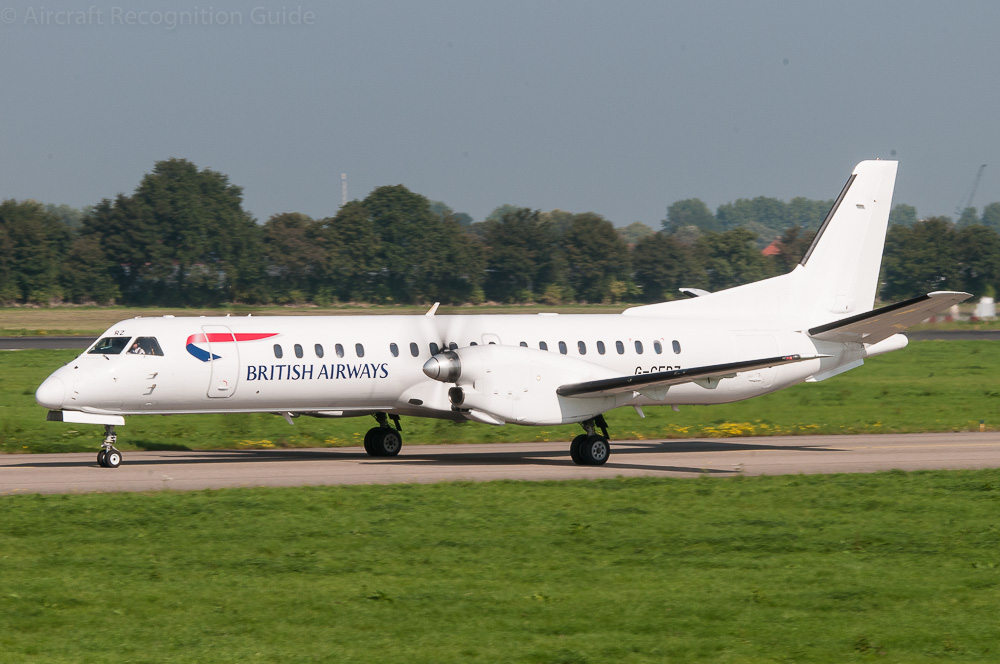 Another look-a-like of the ATP is the Saab 2000. The Saab has a narrower fuselage though and horizontal stabilisers with dihedral. It also has four cockpit windows, instead of six (actually eight) on the ATP.