In the 1960s multiple companies tried to develop a supersonic passenger transport aircraft, but in the end only two succeeded, Tupolev with the Tu-144 and the Anglo-French consortium of Aérospatiale and British Aircraft Corp. (BAC) with the Concorde.

Both aircraft have delta wings, a long slender fuselage with a pointed nose and a broad, single vertical stabiliser. The nose can be drooped to improve visibility from the cockpit during taxiing, take-off and landing. When the nose is drooped, the visor providing streamline is retracted. The aircraft has no horizontal stabilisers. Under the wings are four engines in nacelles with wedge shaped air intakes. They are arranged in two sets of engines, much further from the fuselage than on the Tupolev. The gear has long legs, with a two wheel nose gear and a main gear with four wheel bogeys. The Concorde has no canards, but small strakes at the side of the nose, below the cockpit. Another feature of the Concorde are the small retractable tail wheels to prevent tail strikes.

The different versions of the Concorde can externally be distinguished by

Both the French and the English built two prototypes for the Concorde, designated Concorde 100. They have a pointed, but very short tail cone. Also the visor protecting the front cockpit windows has only two  windows. 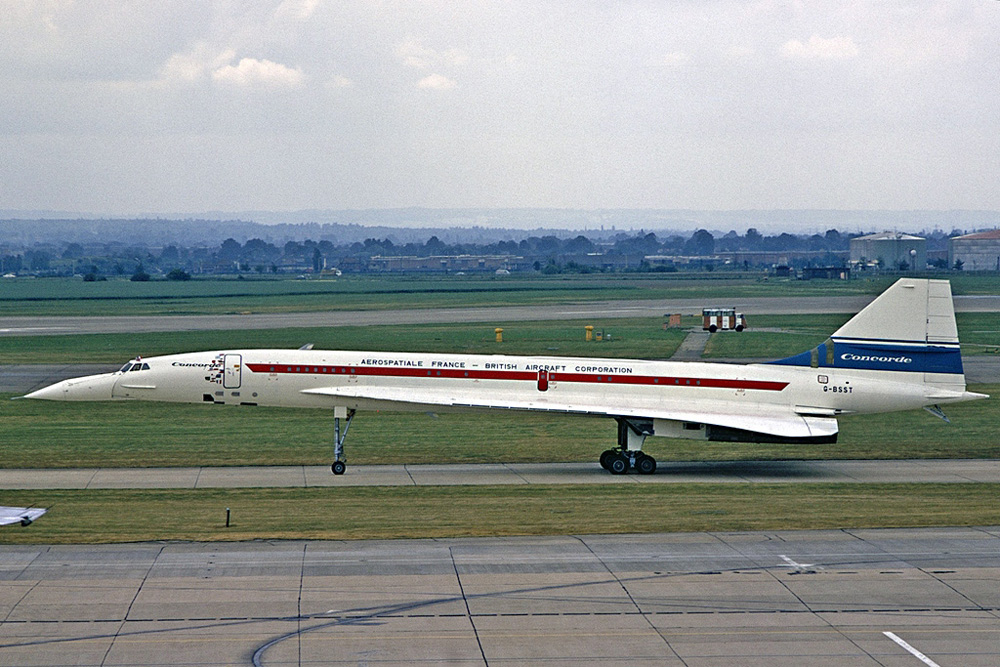 G-BSST was one of the British Concorde 100s, with a short tail cone and visor without windows. (photo: Steve Fitzgerald/WikiMedia) 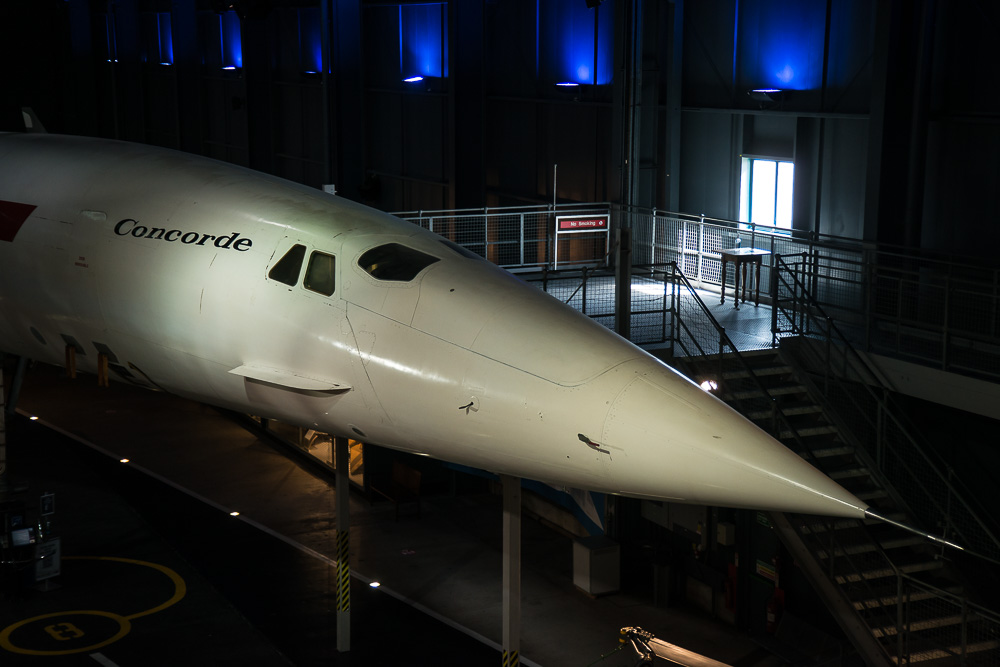 The visor of the Concorde 100 has only one small front/side window when deployed. Also note the small strake below the cockpit. 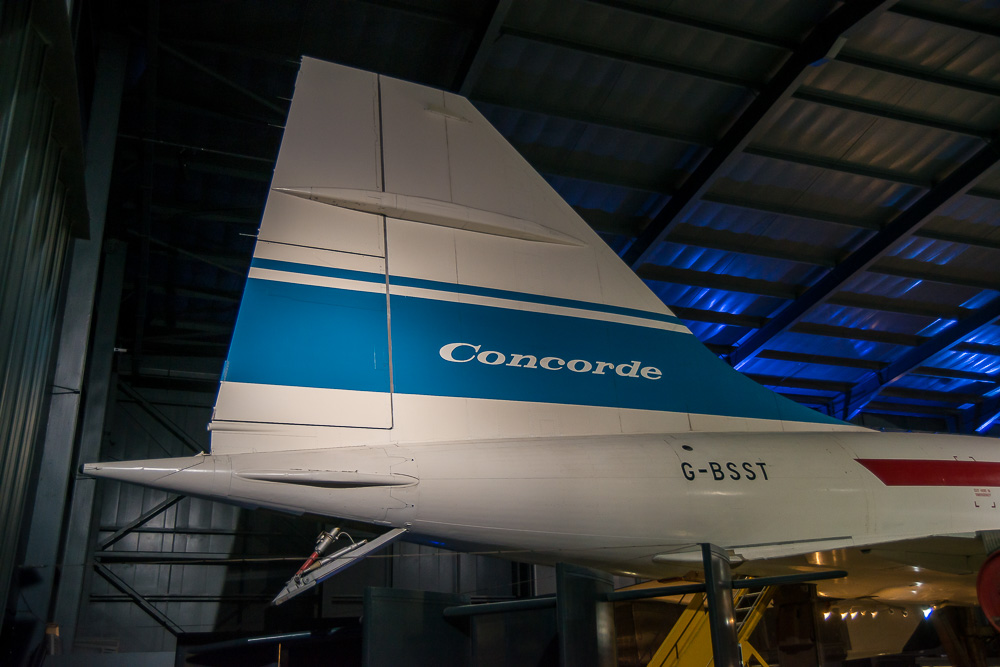 On this detail photo you can better see the short tail cone of the Concorde 100.

Concorde 101 and Concorde 102 were the French and British production versions of the Concorde, respectively. Mutually, they hardly differ, but both can be distinguished from the prototypes by the longer, but still pointed tail cone. Also the visor has more windows at the front, especially visible when the visor is in place. 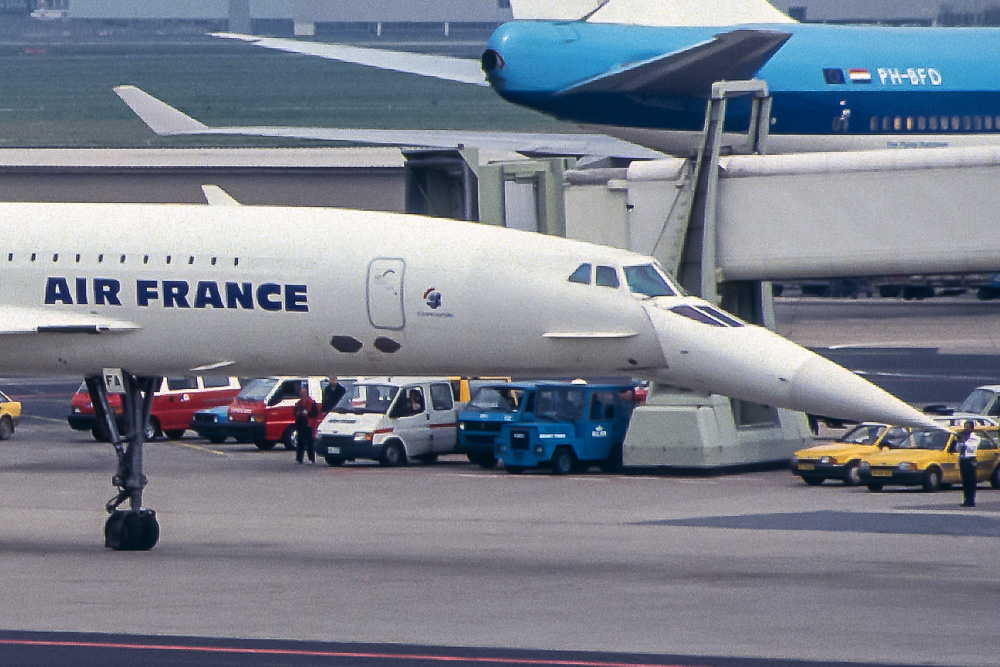 Even with the nose drooped the additional long windows in the visor, close to the pivot point, are visible. 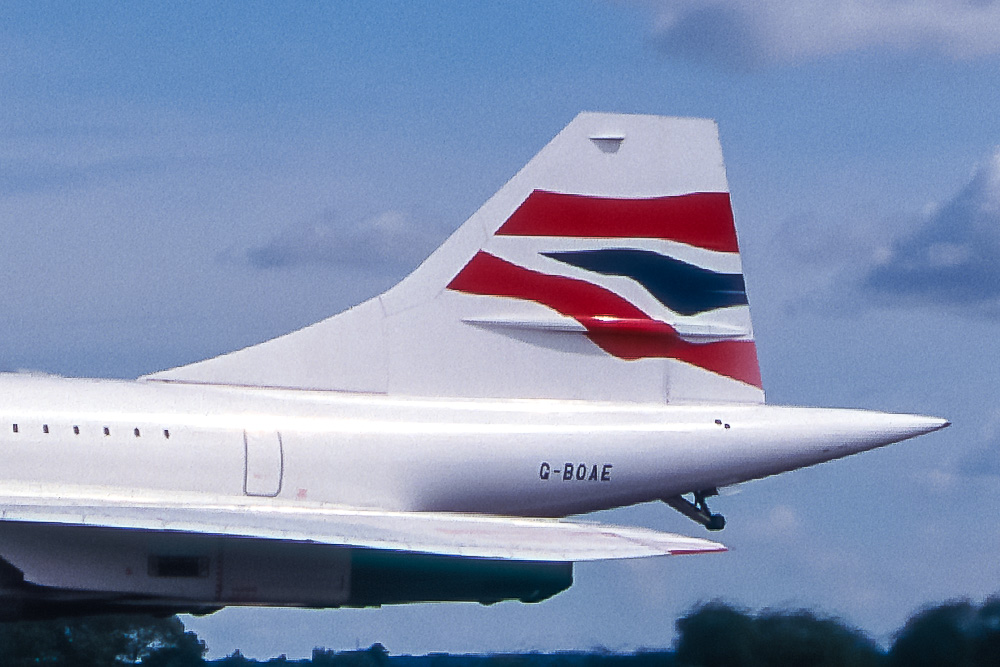 The Concorde 102 has a long pointed tail cone than the Concorde 100. Also note the small tail wheels to prevent tail strikes. 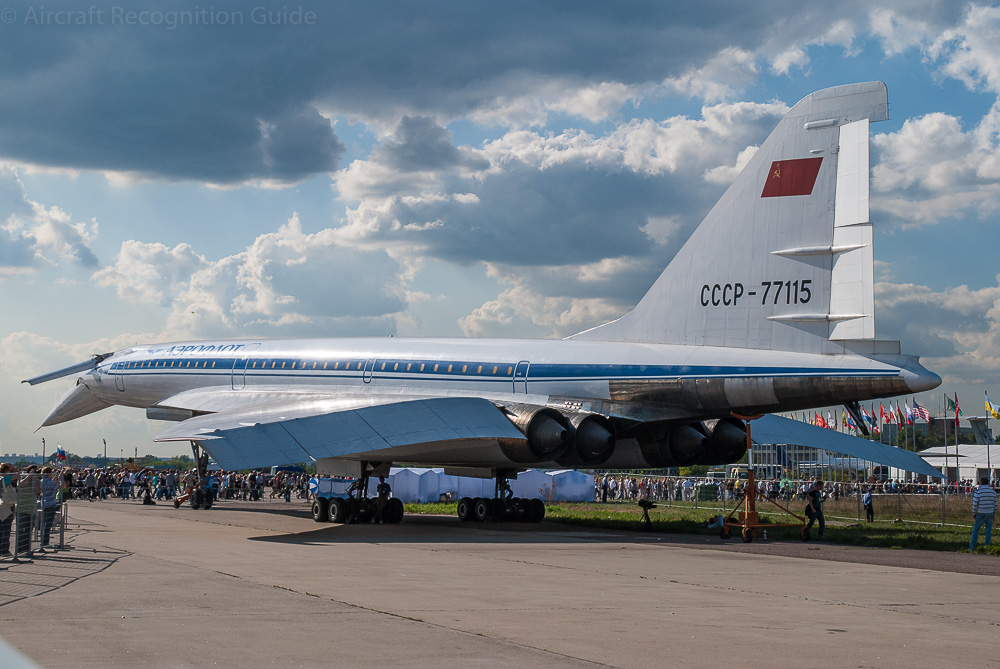 The only other supersonic passenger transport aircraft was the Tu-144, that has a very similar shape as the Concorde. The Concorde has two sets of engines, more widely spaced than on the Tu-144. Moreover, the Concorde has four wheel main landing gears, while the Tupolev has eight or twelve wheels per leg.